After days of rain, the day we left for home was beautifully clear, dry and sunny, at least until we reached the Normandy coast. We were early for our late night ferry, so had dinner in a nice restaurent in Ouistreham before boarding

Having been back in home country for a couple of weeks now, the last one has absolutely flown by, as it seems to have consisted of meetings with people and cooking for them as well., culminating in today, when the Book Club I belong to came to my house for coffee, home-made parkin and chocolate biscuits and a discussion about the latest book read, Mary Ann Shaffer's The Guernsey Literary and Potato Peel Pie Society. Discussion was varied , as although most of us liked the read and enjoyed the humour, one or two didn't, but were happy to tell us why they didn't like it. We also had some discussion about the floods in Cumbria, as one member moved up there earlier this year and another had just visited her while the floods were flooding, so to speak. This afternoon I helped with the refreshments at a local tea dance. We hold these monthly, and this is the last one this year, as its held on the last Friday of the month and the December one is too near Christmas. This time we offered mulled wine and canapes for openers, then later after a few dances, served tea, proper tea in china cups and saucers, accompanied with small sandwiches and cake. I had made a delicious fruit cake ( I'm only quoting from a satisfied partaker, not boasting) and the mulled wine. An excellent afternoon was had by all, despite a lot of hard work by those of us doing the catering and clearing up afterwards.
Posted by jaycee at 20:44 No comments: 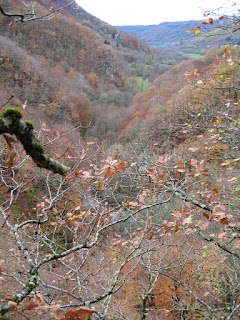 As the weather has been rather dismal here in the Auvergne for the last week or so, with only the odd day when the clouds have lifted and let a few glems of sunshine in, I was grateful that the weather on Sunday was at least dryer, that is , not actually raining, so went out for a short walk. We are not far from the Gorge St Vincent, a short but deep chasm in the valley, where the river Mars has cut its way through the rock. The gorge is diffult to see, especially in summer when the trees are in full leaf, but I managed to get a glimpse during my walk, as most of the trees have lost their leaves, exposing more of the landscape to view. Although short in length, the gorge is fairly impressively deep and narrow, especially when perched right on the edge overlooking it. My last walk here this year, as we leave for England on Wednesday and won't be back until next spring, when the weather will hopefully be a bit warmer and brighter.
Today we visited Bort-les-Orgues for lunch and tomorrow we pack up for our departure.
Posted by jaycee at 21:19 No comments: 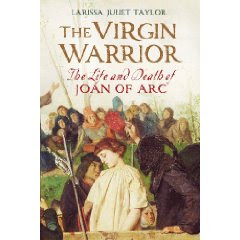 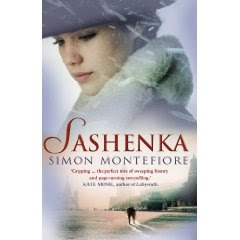 Recent reading has included Simon Montefiore's novel Sashenka, followed by Larissa Juliet Taylor's The Virgin Warrior, a biography of Joan of Arc. Both are lives of women set in historic times, although one is fiction, the other an academic history. I've read some novels by Santa Montefiore, who is Simon Montefiore's wife, so picked up Sashenka with a certain amount of curiosity, especially since the author is best known as an historian. Sashenka is set in Russia, and follows the fortunes of Alexandra Zeitlin, the Sashenka of the title, and her family through the devastating period of the Russian Revolution and the Stalinist purges of the 1930's.
The story does give a good insight into what happened to fairly ordinary Russians during this period, and how families were split up and destroyed by events and sometimes the whim of those in control unknown to them.
The final section is set in the post-Communist period, so brings the historical and family record up-to-date, so to speak. As a fan of the historical novel, this was a good example of the genre, a good page-turning read, though not without its faults.
The story of Joan of Arc, the Virgin Warrior, is a fascinating tale of a young girl who, known as the Maid of France, led the French forces into several victories against the occupying English towards the end of the Hundred Years War This is a well researched book, but written in very accessible language for the general reader, and an exellent introduction to the real Joan of Arc. I remember being taken to see the place where she was burnt in Rouen, when on an exchange visit while still at school, and we recently stayed overnight at Beaugency, on the Loire, where the hotel was almost next door to the remains of the chateau where the English were defeated in 1429. This is a useful book giving an understanding of Joan's position in both French and English history, as well as a clear description of the ending of the Hundred Years war.