I've neglected this blog for a while, but have still been reading, both for personal interest and for the book club I belong to, the reading for which is still usually enjoyable. 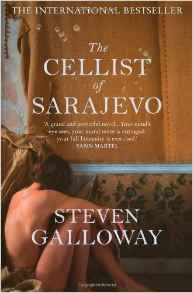 One of the latter reads was The cellist of Sarajevo by Stevan Galloway, describing the cellist who sat outside his apartment in Sarajevo during the nearly four year long siege of that city and played for 22 days to remember the 22 people killed in a mortar attack on a queue for bread. There are only 4 main characters, including the cellist; two men one of whom has to collect water for his family, an older man who meets a long lost friend while out searching for bread, and a young woman who is sniper and is given the job of protecting the cellist while he plays. The privations of life in a modern city under siege are carefully made clear, while the characters show us the courage of ordinary people in an extraordinary situation. Although desperately sad  and moving at times, nevertheless a great and uplifting read. 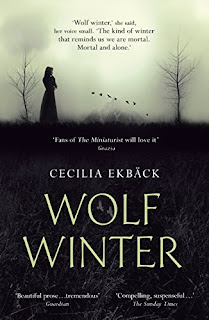 Another intriguing read was a debut novel by Cecelia Ekback, Wolf Winter. Set in Sweden in 1717, a time when Sweden was involved in several wars, taking away many of the male population. Maija and her husband and two daughters move from Finland to northern Sweden to take over a relative's small farm on Blackasen mountain. Shortly after arriving, the two girls find a dead body and run home to inform their mother. Maija wants to know how he died and who killed himwhen it is revealed he didn't die a natural death. The story follows Maija's search for the truth, while also managing the farm on her own while her husband goes away. The winter she and her daughters endure is very hard, made more difficult by the failure of the summer harvest.
A well researched historical novel and also very accomplished writing for a debut novel. The sense of menace both from other people and nature itself is very successful. 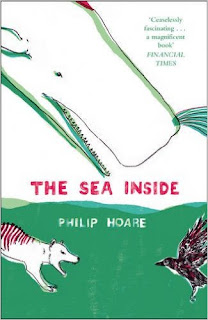 For a complete change of reading material, I picked up Philip Hoare's The Sea Inside. Philip Hoare is a local author to me, as he lives in Southampton. He swims daily in Southampton Water. This book is about the sea, not just the local part of it but the wider oceans and their inhabitants, particularly whales and dolphins, our nearest marine cousins. His descriptions of whale watching in various parts of the world and of visiting Tasmania and finding that the Tasmanian devil may not be extinct are fascinating. A discursive and interesting read.
Posted by jaycee at 14:33 No comments: 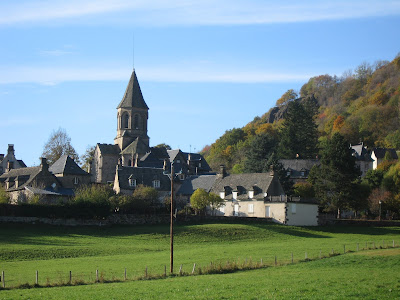 On Friday morning I woke up in our holiday home in the rural Cantal to the news on French radio that Britain had voted to leave the European Union. My immediate feeling was one of immense sadness and despair.
I'm also getting a bit tired of the vote to leave being blamed on the older generation. As an over 65 year old, I'm of that generation, but voted to remain along with 40% of fellow over 65's, and as I had voted to stay in Europe in the vote held in 1975, two years after we joined what was then called the Common Market.
Britain has always been a part of Europe, geographically, politically and culturally. Our history has been European since before the waters rose after the last Ice Age and cut us off from the continent of which we were part. The world  and Europe now is even more interconnected than has been in the past, with the Internet and more efficient transport links - are we going to demolish the Channel tunnel, a physical link to the continent? between Britain and the rest of Europe
French news media is full of constant opinions as to what happens next between Britain and the rest of Europe.
We live in interesting times, as the saying goes and time will tell whose predictions about the future of Britain will be realised.
Posted by jaycee at 12:15 No comments: