A pair of Alexander McCall Smith's

Just finished Alexander McCall Smith's "2 1/2 Pillars of Wisdom" a collection of stories about Dr Marie Moritz von Igelfeld, Professor of Romance languages. Very amusing and enjoyable and an ideal antidote to another book I have recently read. Back in February, I went with my Book Club to a talk at Winchester Guildhall by McCall Smith, and he was very funny, especially on the subject of this book. The audience had a good laugh at von Igelfeld's expense.
The other title I had read by A M S was his most recent, The Forever Girl. Set in the expatriate community of financial wheeler-dealers in the Caicos Islands in the Caribbean, I had found this on the shelves of my local library only a few weeks after its publication earlier this year. The atmosphere of the small community of Europeans working away from their home, going to the tennis club, the yacht club and generally finding ways to entertain themselves on a small tropical island with little in the way of sophisticated life is depicted very well.   The relationship of Clover and James as children is tenderly done, but when Clover, as she decided to call herself aged four eventually goes to the same Edinburgh University as James, yet doesn't see him or encourage him in any way, I felt I wanted to shake her. This was an OK but not too gripping read.
Posted by jaycee at 11:57 No comments: 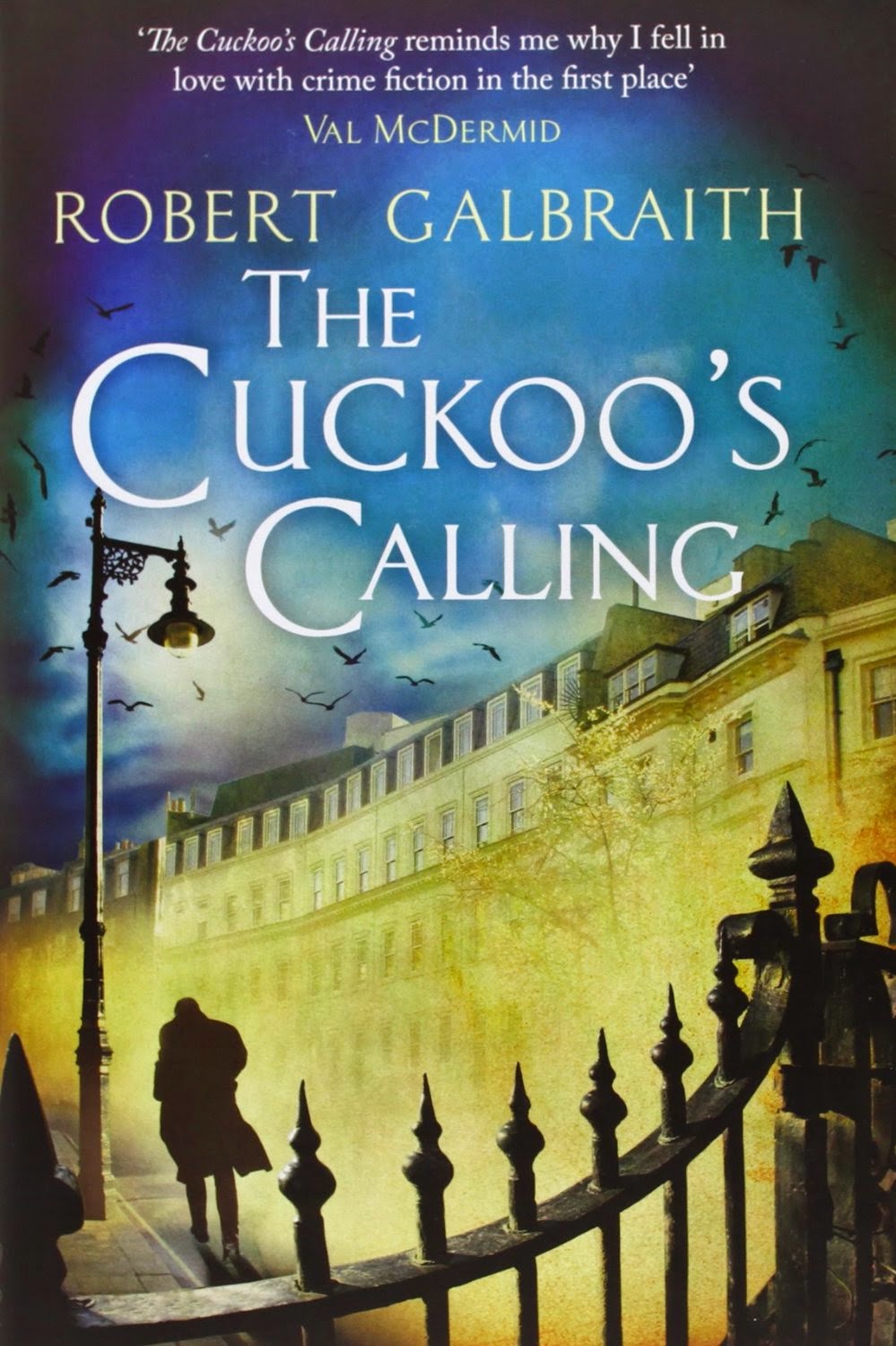 I read Robert Galbraith's The Cuckoo's Calling for a Book Club read, and I enjoyed it more than I had expected. A murder mystery of a fairly classic kind, it has good page-turning properties as to plot, and more-or-less believable characters. Actually written by J K Rowling, it is clear she has moved on from the fantasy world of Harry Potter and into the adult novel world. This is a fairly accomplished read, hopefully with more to come. I enjoyed meeting the main characters, Robin and Cormoran Strike, and found the set-up of their office realistic. The setting in London in all its variety is also well described and believable. Although the plot , the death of a young but troubled super model in a fall from a snowy balcony is a classic did she fall or was she pushed example, nevertheless, it hangs together well. The supporting characters of elderly,dying mother, distraught brother, a fellow model.a gay fashion designer are quite believable , even though most behave quite badly and selfishly. I'm planning to read the next one , titled The Silkworm.
Here in the Auvergne, we have heard a cuckoo calling up the hill ever since we arrived a few days ago.
Posted by jaycee at 10:37 No comments: