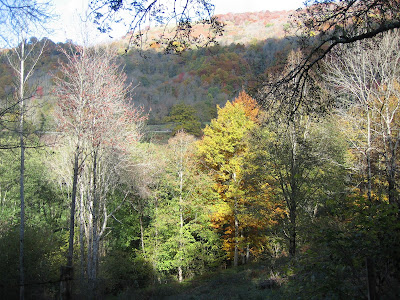 Although I haven't been writing much about my reading recently, I've been steadily reading, so here are my thoughts on a few of the non-fiction I've got through in the last few weeks.

Rebecca Solnit A Field Guide to Getting Lost is not necessarily about getting lost physically in the wilderness, although she does give some examples of this. It is more about losing oneself and changing, becoming someone other, which we all do to some extent as we age and change. Some people do change, having experienced a literally life-changing event. Some examples are people, both children and adults, who were captured by Native Americans in the early days of exploration and pioneering in North America and treated as members of the family. When found by their own kind, they often never returned to their former lives. Several chapters are titled the Blue of Distance, and in one , she discusses the blue pigment used to delineate distance by Renaissance artists. 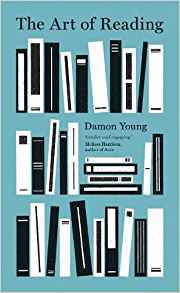 I couldn't resist picking up a book titled The Art of Reading, by Damon Young in a local bookshop. It discusses how the act of reading, while giving the reader independence also makes certain virtuous demands of the reader, such as curiosity, patience, courage, pride, temperance and justice.
The book starts with how we all learn to make sense of the words on the page reveal the story they are telling, how most of us are read to by parents and others and then read for our selves. Many of the chapters refer back to the virtues of the Greeks, to the necessity of applying reason, moderation, intelligent criticism in all aspects of life.
The final chapter, called The lumber room, is a gathering together of the books and other items which inspired the author and which he considers may inspire us as fellow readers. As a life-long reader I thought this a useful addition to my shelf of books about books and reading.

Although I didn't manage to see the exhibition at the Imperial War Museum in 2015 on which this book is based, it was nevertheless an interesting read, especially for anyone curious as to how people managed to clothe themselves and their families in a time of hardship.
The needs of the armed forces were paramount, so clothing manufacture was directed to supplying uniforms for the troops, and in contrasting the three main services, the RAF uniform was regarded as smartest, especially if it had wings. Clothing changed to make most economical use of fabric and women were encouraged to rework and refashion clothes for themselves and their families, so that they could have something newer or at least a bit different to wear.
The importance of looking smart in dire circumstances was seen as a morale-boosting activity, so everyone was encouraged to make an effort.
Posted by jaycee at 16:28 2 comments: