Well, we are almost at the end oh October, so what happened to August and September.?Part of these months were spent in France, n our house in the Cantal, part in England at home. Both were busy months; in August we spent more time working on our French house, but also managed a visit to Sarlat-le-Caneda, one of the most beautiful villages in France, and to Beaulieu-sur -Dordogne, another beautiful place, although smaller and quieter than Sarlat. The Dordogne department is not too far from the Cantal, about two or three hours drive away and is very different in character. It is hilly rather than mountainous, and being at a lower altitude, its climate is warmer and its vegetation lusher.
Sarlat is somewhere we had not visited previously, so going in August was a treat for ourselves. We found a pleasant hotel/ bed and breakfast, which also had its own car park, within a short walk of the town centre. There was ample choice of restaurents in the town for dinner, despite it being August and therefore extremely busy. The weather was also ideal, as it was warm and dry, which it wasn't for quite long periods in the summer in the Auvergne - the visitors to this area were somewhat disappointed at not being able to get out and enjoy the countryside.
After a few short weeks in England in September, we're back in the Auvergne, enjoying beautiful sunny, clear days at the moment. 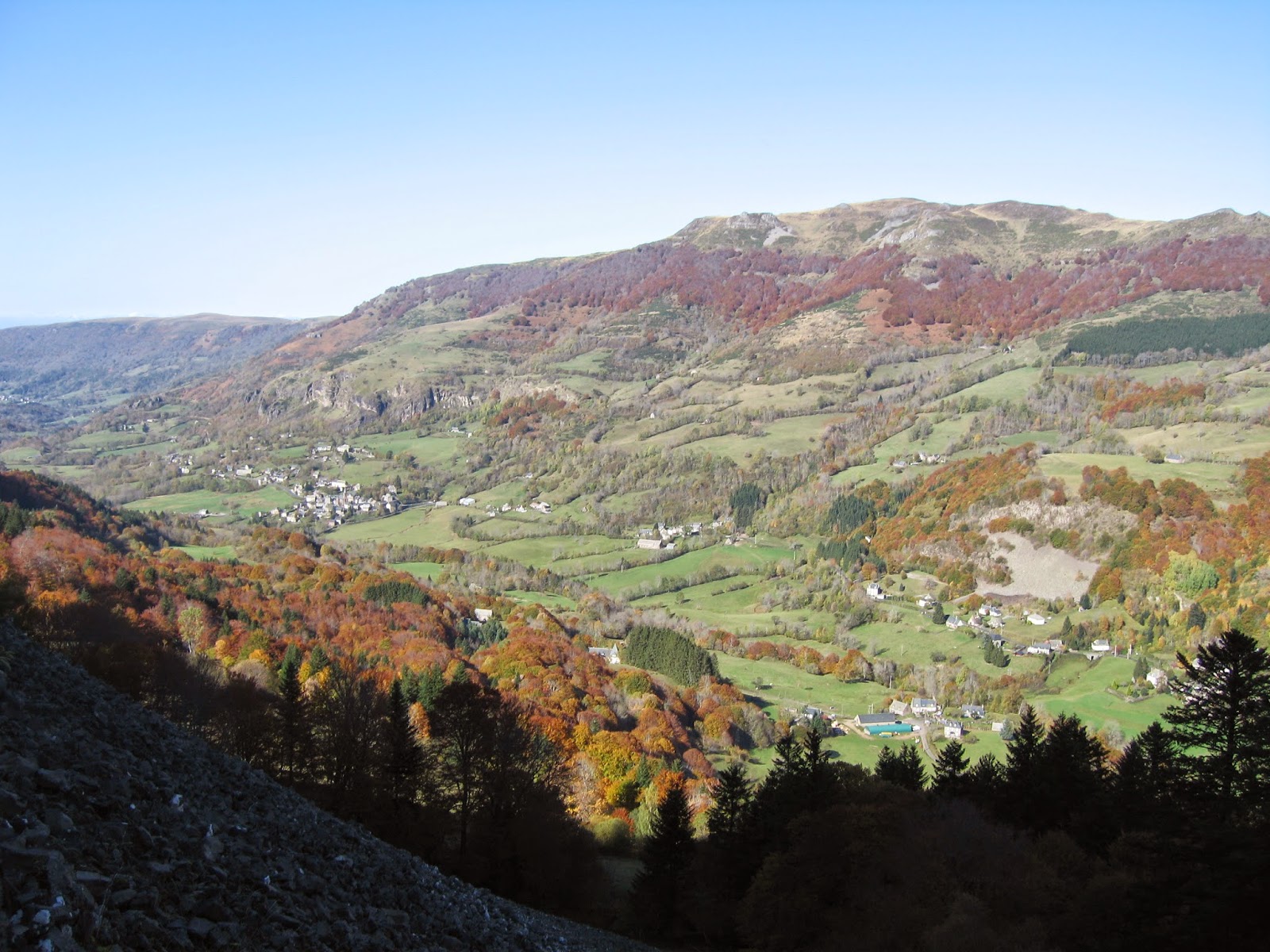 This view is of Le Falgoux, at the head of the Vallee du Mars. The river starts in the Cirque du Falgoux, below the Pas du Peyrol, a popular viewpoint, especially in summer when the carpark gets jammed with cars, and camping cars. Its also a regular climb on the Tour de France cycle race.The valley is much quieter at this time of year, even though its the school holidays.
Because we have been quite busy, working on the house here and catching up with gardening at home, less reading has been done,
Posted by jaycee at 11:11 No comments: