Running around the world

Have recently read Rosie Swale Pope's latest book, Just A Little Run Around The World. Rosie has lived an adventurous life, having sailed round the world with her (first) husband and two children, one of whom was born on the boat, and also sailed single-handed across the Atlantic. She has written books about all her adventures, hence this latest one.
The story begins with death from prostate cancer of her second husband, whom she met when setting out for her solo Atlantic voyage. Rosie decided to run for charities, one for prostate cancer, the other for a Russian orphanage. Her journey started in her home town of Tenby, across to Europe, through Russia and Siberia, then by way of a quick trip to greenland on to Alaska, Canada, the united States and finally home via Iceland, the Faroes, and Scotland. The descriptions of the seemingly unending cold wintry weather she runs through are excellent, and there are a few details of some of the characters she meets on her journey. However, her feelings and emotions are given little attention, not even the terror she must have felt when meeting a very strange man with an axe. Most of the people she does meet are friendly and helpful, perhaps bearing out a comment from Archibishop Desmond Tutu, that there are far more good people in the world than bad. Many helped her when she was in need, others were just friendly, perhaps glad to meet someone from elsewhere in the world, different from their usual neighbours. This is in many ways an inspiring read, although I found the lack of any sort of map a bit irritating.
Posted by jaycee at 20:50 No comments:

Labels: Just a little run around the world 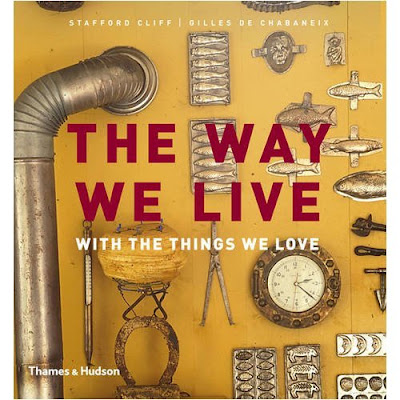 As February is often the start of spring cleaning, I've been reading a couple of lovely books on home- making. The Way We Live: with the things we love, by Stafford Cliff and Giles de Chabaneix ia wonderfully illustrated book on collecting all sorts of artefacts, and shows how to display and use them to best effect. The items chosen have come from all over the world, although they are shown in European settings. An inspirational book.
Thrifty Chic byLiz Bauwens and Alexandra Campbell is probably more in my line, as it shows how to use fabric, paint and so on to create a chic, comfortable home on a limited budget, which I've been doing most of my life, following my mother's example. There are several projects which show how to achieve various items for yourself. Full of inspiring pictures and helful advice.
However, most of the actual cleaning I've been doing is of the very basic, necessary daily sort so far, in house and garden, when I can get out to it in between the bouts of rain.
Posted by jaycee at 21:37 No comments: 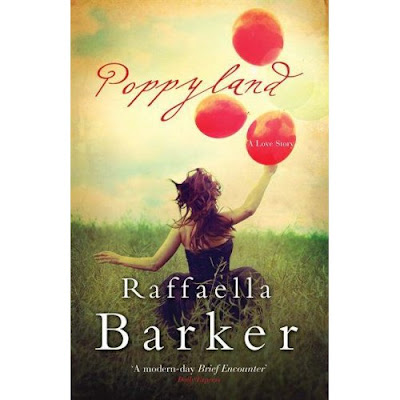 I was intrigued by Rafaella Barker's Poppyland, as I haven't read anything by her for some years, and I remember enjoying some of her earlier novels, such as Hens Dancing and Come and Tell Me Some Lies. This story is sub-titled a love story. It develops slowly, but I think is the better for that. The relationship between Grace, a painter and Ryder a marine engineer is first suggested in their brief meeting in Copenhagen at Grace's first exhibition of her work. Five years later, Grace returns to Norfolk to the christening of her sister Lucy's two children, after separating from her lover Jerome, an older, controlling oil executive. Meanwhile Ryder decides to meet up with his long dead sister Bonnie's boyfriend, now a happily married family man. The writing seems to me to be a bit less breathless than some of her earlier writings, and although the coincidence near the end of the story somewhat contrived, still a very pleasant read and not too sentimental for a love story.
Posted by jaycee at 20:47 No comments: 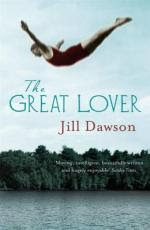 Have recently finished Jill Dawson's The Great Lover, a fictionalised story about Rupert Brook's life. Written from the point of view of Nell Golightly and Rupert Brookes , it tells the story of his time at Cambridge and his visit to Tahiti. The story begins with the aged Nell receiving a letter from Tahiti, and remembering her early life as a bee-keeper and maid at the Orchard in Grantchester when Rupert comes to stay, and goes on to describe her relationship with him as it slowly develops. We also learn of Rupert's life and emotional turmoil as he struggles to become a poet and writer. A well-crafted story, it drew me in to its life and the lives of the main characters. Nell's family background in the fens is well-described, and the hardships undergone by the younger sister and brothers she leaves behind but still supports are contrasted with the well-ordered life of the inn in which she works in Grantchester.Although Nell has to work hard, nevertheless she has more in the way of comfort than at her old home.Rupert's background as the son of a public school's housemaster's son is also well delineated, and beautifully compared with the life he discovers in Tahiti.
Posted by jaycee at 23:40 No comments:

Thank goodness January is over, it seems to have been too long and miserable. Not helped by a fall on the icy pavements which left me with an aching wrist and knee, although nothing broken, swiftly followed by a nasty cold which has only just about gone. Anyway, today I noticed a small clump of snowdrops in the front garden and some daffodils poking up through the grass in the front lawn, so spring is quietly springing underneath the chilly earth.

Reading a variety of books has helped pass the gloomy days. Kate Morton has published two novels (so far) and as it happened each was chosen for the two reading groups to which I belong. Last Friday's group discussed The Forgotten Garden, a story set in Australia and England, the main themes being identity and discovering the past.The discussion found that some of the events in the book were a bit too convenient, but most enjoyed it in a good holiday read sort of way. I found it fairly absorbing, a good page-turner in that I cared enough about the main characters enough to want to know what happened to them, although some of the more minor characters were a bit two-dimensional. The theme of finding secret after secret within one family was also quite intriguing, even if at times the plot creaked a bit.
The House at Riverton, Kate Morton's earlier work was also quite a good read, in a similar vein to The Forgotten Garden. This story is set in England, starting just before the First World War and is told by Grace who has just started work as a housemaid in Riverton, an Edwardian country house. Grace's story is told in a series of flasbacks, as she reminiscenses from her extreme old age, helped in her recall by a filmmaker who is making a film about the family who lived at Riverton. Again there are some very convenient plot twists and turns, and although Grace and one or two other major characters are well rounded, some others are merely sketches. However I feel that had I not chosen to read these for reading group discussions, I may not have picked them up at all.
Posted by jaycee at 23:20 No comments: